Penelope Cruz Pirates Of The Caribbean 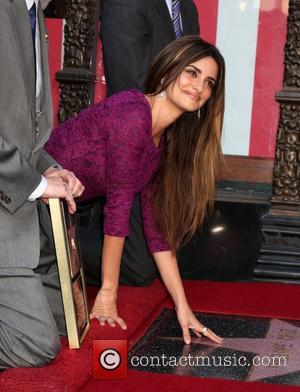 New mum Penelope Cruz had to use the waters off the coast of Puerto Rico as her toilet while shooting Pirates Of The Caribbean: On Stranger Tides, after filmmakers left her on an island without amenities while pregnant.
The Vicky Cristina Barcelona star was a few months into her pregnancy when she shot the majority of the Disney adventure with Johnny Depp in Hawaii last year (10), and Cruz admits she struggled to control her bladder throughout production.
But the issue became a big problem when filming moved to Puerto Rico - because the location was so deserted, there were no restrooms in sight.
Cruz tells Entertainment Weekly, "(The filmmakers) really took care of me. But we were in Puerto Rico to do a helicopter shot, and they left Johnny and me on a deserted island with no bathrooms. That, for a pregnant woman, can be a bit of a problem. So for those few hours I had to keep going into the water every 15 minutes! That's one of those things you remember forever."
The actress gave birth to baby Leo, her son with husband Javier Bardem, in January (11).