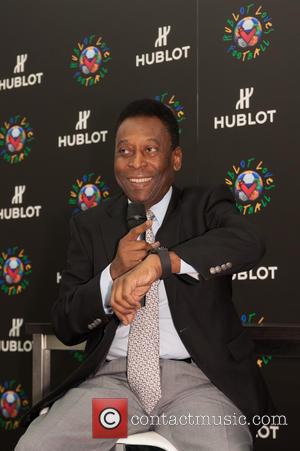 Brazilian soccer legend Pele is to marry for a third time at the age of 73.

The sports star has announced he is planning to tie the knot with a businesswoman 32 years his junior named Marcia Cibele Aoki. The pair has been dating since 2010, according to Britain's The Sun newspaper.

Pele, real name Edson Arantes do Nascimento, has been married twice before. He has seven children.