The Strokes And Pearl Jam Stars Team Up For Charity Album

Pearl Jam Queens Of The Stone Age The Strokes 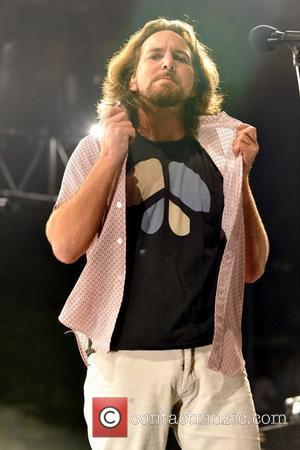 Rockers from legendary bands Pearl Jam, Queens Of The Stone Age, and The Strokes are teaming up to record an album to raise money for a homeless charity.
The musicians will be joined by Ryan Adams, Bright Eyes' Conor Oberst, Modest Mouse and Gang Of Four's Dave Allen on the three-disc record, Live From Nowhere Near You: Volume Two.
Queens of the Stone Age star Josh Homme is teaming up with The Strokes' singer Julian Casablancas and drummer Fab Moretti, as well as Pearl Jam's Eddie Vedder, to record a cover version of Marvin Gaye's Mercy Mercy Me for the album.
All proceeds will go to U.K. charity Outside In, which aids homeless youths.
The record is due for release this summer (11).