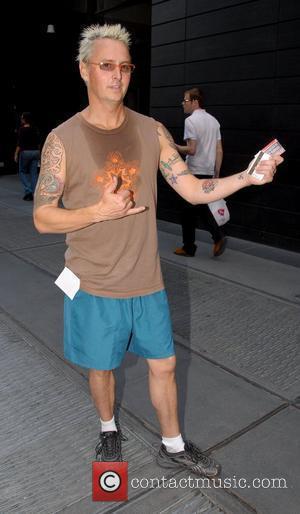 Pearl Jam's publicity team has moved to address fans' concerns about the future of the band after Eddie Vedder suggested he and his bandmates would be taking a "long hiatus" at their recent Portuguese show.
The Alive hitmakers were performing at the Optimus Alive festival in Lisbon earlier this month (Jul10) when frontman Vedder left devotees shocked and confused after announcing the band was going on an indefinite hiatus - without giving any further explanation.
Reading in Portuguese from a piece of paper, Vedder told the audience, "Thank you for coming to our last show. Not our last ever, but our last in a long time."
But the group's publicist insists the statement wasn't meant to suggest Pearl Jam were planning a long break.
Nicole Vandenburg says the comments made by Vedder were probably "lost in translation" and the singer simply wanted to thank fans for attending their "last show in a long time".
Vandenburg adds, "He says that at the end of all tours, because the tour has ended."