Peaches Geldof has apologised for posting the names of the two women involved in Ian Watkin's child abuse case after she thought it was already "public knowledge". 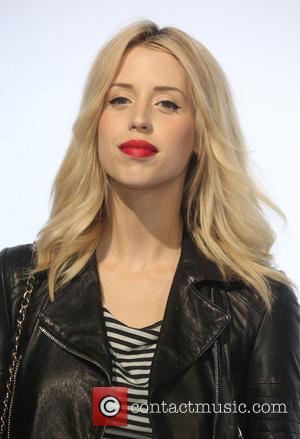 Peaches Geldof had mistakenly posted the names of the two women involved in the Ian Watkins child abuse case as she thought it was already "public knowledge".

The daughter to rock singer Bob Geldof is being investigated by detectives after reports were made that the names were posted on the social media site.

A court order was granted to give lifelong anonymity to two children whose mothers let Watkins abuse them, therefore the mothers names cannot be named for the sake of the children's identity.

Peaches Geldof has since apologised an deleted the tweets, but didn't seem too happy about it, she posted;

"These women and Watkins will be getting three meals a day, a double bed, cable TV etc, all funded by the tax payer alongside not being named apparently."

Adding, "It makes me sad I deleted my tweets, however, and apologise for any offence caused as at the time of tweeting had only seen everyone tweeting the names at me so had assumed as they were also up on news websites and the crown courts public file that they had been released for public knowledge."

Ms Geldof then finished by writing she "will check my facts before tweeting next time. Apologies and lesson learned."

Senior investigating officer Detective Chief Inspector Peter Doyle, of South Wales Police, said (via Daily Mail), "We are aware that the names of Ian Watkins' co-defendants have been published on social media channels"

"Clearly, there is strong public feeling about this case and many people are using social media forums to talk about the issues involved. We are currently in consultation with the Crown Prosecution Service regarding the matter and will take action if appropriate."

The frontman of Lostprophets was branded a "determined and committed paedophile" after he pleaded guilty to an array of harrowing charges, including the attempted rape of a baby.

Watkins along with the two women will be sentenced on December 19th 2013.