Peaches Geldof has remained friends with ex-husband MAX DRUMMEY and likes having him in her life. 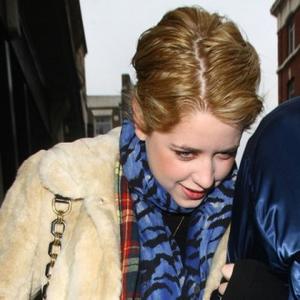 The 21-year-old socialite married Chester French drummer MAX DRUMMEY in a shock ceremony in August 2008 and though they divorced just six months later, Peaches - who is now romancing SCUM rocker Thomas Cohen - is glad to still have him in her life.

She said: "I actually spoke to Max on the phone the other day. He lives really near me in Los Angeles. He's such a good person as well, so that was not an area where there was any drama."

Peaches- the daughter of singer-and-activist Bob Geldof and the late Paula Yates - also admitted her father doesn't always like her boyfriends initially but they eventually win him over.

She said: "He's been quite vocal. He said to me that he thinks I've had really nice boyfriends.

"There have been a few that he's been not that into, but then he's sort of come round."