A post mortem examination into the death of Peaches Geldof has proved to be ''inconclusive'' and her family will have to wait for a toxicology report. 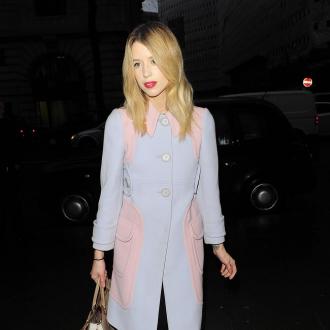 A post mortem examination into the death of Peaches Geldof has proved to be ''inconclusive.''

The 25-year-old TV personality was found dead at her home in Kent, South East England on Monday (07.04.14) and a post mortem was carried out today (09.04.14) at Darent Valley hospital in Dartford, Kent, by Dr Peter Graham Jerreat.

According to MailOnline, the family of the mother-of-two, the daughter of Bob Geldof and the late Paula Yates, will now have to wait for a toxicology report - including test results for drink and drugs - which could take up to several weeks.

Police have so far described her death as non-suspicious but ''sudden and unexplained'' and there were no drugs or suicide note found at the house.

Kent County Council said: ''A decision on whether there needs to be an inquest depends upon the final results of the post mortem.''

It has been reported that the alarm was raised by a ''concerned relative'' who called the emergency services at about 1.35pm.

Meanwhile, Peaches, who is survived by her husband Thomas Cohen and their sons Astala, 23 months, and Phaedra, 11 months, claimed she was ''happier than ever'' in her last magazine column.

The late star gushed about the joys of being a young mother in the pages of Mother & Baby magazine just weeks before her untimely death.

She wrote: ''Other than work there was nothing stopping me from having constant fun. But it was becoming boring, I wanted an anchor. I craved it.''