History Repeating Itself: The Tragic Case Of Peaches Geldof

News that Peaches Geldof likely died from a heroin overdose has shocked the world. 14 years after the death of her mother, Paula Yates, it seems to be a sad case of history repeating itself.

An explanation for the tragic death of 25 year old Peaches Geldof has finally been offered up. The mother-of-two allegedly died from a heroin overdose on April 7, 2014. She had been alone in the house with her youngest son, Phaedra. Her husband reportedly discovered her “slumped” in a spare bedroom, it was clear that she was already dead.

It’s taken weeks for a cause of death to be established, initially it was unclear what had resulted in Peaches’ sudden death. All that was certain was that it was highly unusual for a 25 year old girl to die unexpectedly. The TV presenter had been looking very thin of late, and a phrase that she had used some time ago kept cropping up in various news stories. Peaches had described herself as "having the heart of a 90 year old gangster" due to bad eating habits, habits she had allegedly curbed.

It came as a surprise that Peaches had been using heroin. The dedicated mum of two seemed happily married and content with her children, leading a clean and healthy life. As a teenager Peaches had been a regular on the London party scene and had dabbled in drugs, although it looked as though she had cleaned up her act in recent years. Heroin was also a drug that people had assumed Peaches would steer clear of, as it was from a heroin overdose that her mother, Paula Yates, had died.

Yates died in September 2000, on the 10th birthday of Peaches younger sister Pixie. She was found dead in her London home, the coroner ruled the overdose “foolish and incautious”, but not intentional. It appears to have been the same case for her daughter. Before her death, Peaches had recently spoke about the death of her mother. She said, “I was completely aware of the whole situation, the transition of my mother who was amazing, who wrote books on parenting, who gave us this idyllic childhood in Kent; and who then turned into this heartbroken shell of a woman who was just medicating to get through the day.” She added, “I remember the day my mother died, and it’s still hard to talk about it. I just blocked it out. I went to school the next day because my father’s mentality was “keep calm and carry on”…I didn’t start grieving for my mother properly until I was maybe 16.” 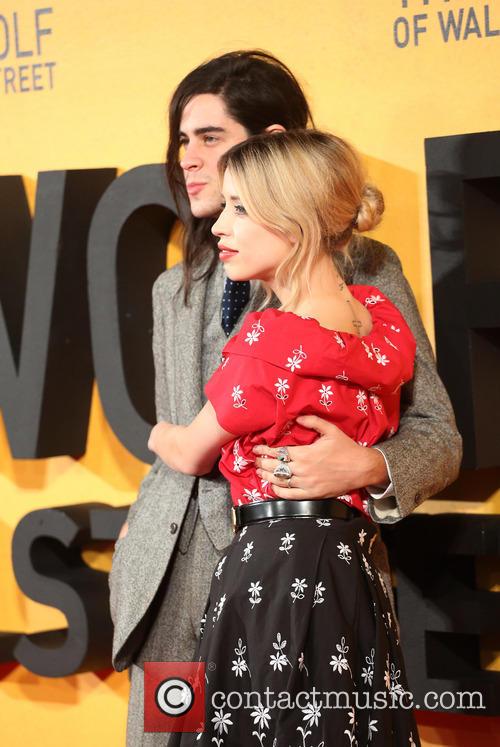 Peaches, pictured with her husband Thomas Cohen, was a happily married mother-of-two

It sounds like Peaches had a lot of unaddressed issues, particularly if she was so troubled she felt the need to take heroin with her baby son in her care. It’s a shame that no one around her was able to to help her move past her issues, rather than her feeling the need to self-medicate as her mother had done before her.

MORE: Hours before her tragic death Peaches Geldof seemed "her normal self"