Peaches Geldof - the daughter of Bob Geldof - has announced she and her fiance Thomas Cohen are expecting their first child together. 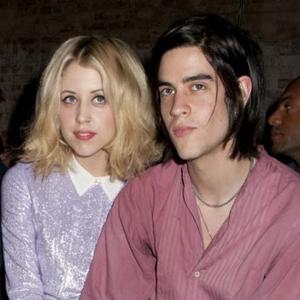 The TV star-and-model and her fiance Thomas Cohen are expecting their first child together and the couple are "utterly thrilled" with the happy news.

Her spokeswoman said in a statement: "Peaches Geldof and her fiance Thomas Cohen are delighted to announce that Peaches is pregnant with their first child. Peaches is utterly thrilled and they have the full support of both of their families who are equally excited for the baby's arrival."

Although she was delighted to announce her engagement, Peaches - who was previously married to musician MAX DRUMMEY before their union ended in divorce after just six months in 2009 - insisted she was in no rush to tie the knot.

She said: "We first met four years ago and we bumped into each other last Christmas (2009) on Portobello Road in Notting Hill, London, and started dating again - and that's also where he asked me. It was romantic. I'm really happy.

"But we don't want to get married for a couple of years yet."