Paula Patton was so upset with her 'Mission: Impossible - Ghost Protocol' audition she joked she wanted to throw herself off the nearest balcony. 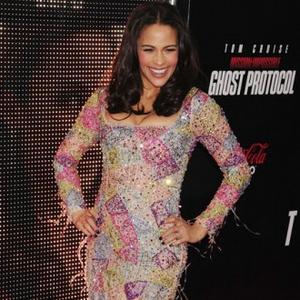 Paula Patton wanted to "kill" herself after her 'Mission: Impossible - Ghost Protocol' audition.

The 36-year-old actress was thrilled when she was asked to try out for the part of IMF agent Jane in the fourth instalment of the movie franchise, which stars Tom Cruise and Simon Pegg, but admitted it did not go as she had hoped.

She said: "I did not expect anything like this in a million years. I remember they asked me to come in and read for the part, and I didn't really think I had a chance. I was like: 'Don't waste my time'. So I read for the director Brad Bird and I thought I did a horrible job. I left and cried. I was so embarrassed. I thought, 'I want to kill myself. Where's the nearest balcony?' And the next day they called and said 'We loved you'.

Paula did most of her own stunts in the movie and revealed she was lucky not to get a black eye during a particularly arduous fight scene.

She added to the Metro newspaper: "My character gets to do all her own stunts and is very fierce in a physical way. I think the most challenging stunt was my fight with Lea Seydoux, a beautiful French actress. We were trying not to hurt each other. We gave each other a couple of bruises and scrapes. But no black eyes and broken noses, thank God."