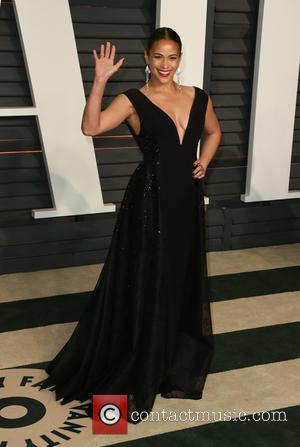 Actress Paula Patton has opened up about her divorce from Robin Thicke, insisting she has emerged "stronger" because "everything happens for a reason".

Thicke spent the months following their split publicly pleading with his high school sweetheart to take him back, even naming his last album, Paula, after her, but Patton shunned a reunion and filed court papers to formally end their relationship in October (14).

She has now spoken out about the tough break-up in a candid interview with U.S. breakfast show Good Morning America.

In the chat, which aired on Friday (06Mar15), she says, "I'm doing really well. It's been challenging but it's been a year of growth, lots of healing. Learning about all new things, but I've come out of it stronger...

"I feel like everything happens for a reason and then you have to move on and grow from there."

Patton claims looking towards the positives in her life has helped her overcome her love struggles, as well as spending time with the former couple's four-year-old son, Julian.

She continues, "The truth is it's hard for me to say this, because I don't always do this, but it's being grateful for what you have (which has pulled her through). It's so easy for all of us to focus on the negative things, but usually, the positive in your life outweighs that and you have to just be thankful for what you have right now and that's what I try to work on.

"My son also helps me with that. The thing is that you can't wallow in sadness or stay in bed when you have a child, and they're so full of life and wonder and he brings me so much joy."