Paula Patton Loved Doing Her Own Stunts For Mission: Impossible

Paula Patton has revealed the promise that she could do her own stunts was one of the main reasons she agreed to take part in 'Mission: Impossible Ghost Protocol'. 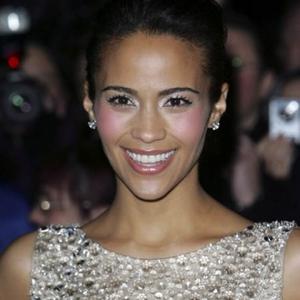 Paula Patton jumped at the chance to take part in 'Mission: Impossible Ghost Protocol' because she got do all her own stunts.

Director Brad Bird preferred to use real action sequences rather than rely on special effects for the movie and Paula admitted that was one of her main reasons for joining the cast.

She told Cinemablend.com: "'Mission: Impossible' came as a surprise. It was an incredible opportunity for me, especially after being pregnant. I got to do all my own stunts. I got to be a very fierce, badass chick, if I can say that. It was a dream come true in many ways to be able to play this character, and she. that's all I can say! It was great. It was an amazing experience for me."

The film sees Tom Cruise reprise his role as secret agent Ethan Hunt and co-star Simon Pegg has previously claimed 'Ghost Protocol' will be a "rebirth for the series".

He said: "When a film goes into number four you're like, 'Isn't this just like flogging a dead horse now?'

"But what they've done is they've brought in a director, Brad Bird, who's never done live action before but who's had a 100 per cent hit rate for his previous movies.

"It's a rebirth for the series. In the same way with what they've done with 'Spider-Man'. I feel like it's a reinvigoration of this particular story."