Lane and her husband Tom Shaw welcomed a baby girl earlier this week, a sister for their 19 month old son Arthur.

Former ‘Coronation Street’ actress Paula Lane has announced that she and her husband Tom Shaw have welcomed their second child into the world this week.

Lane announced via Twitter on Thursday (July 28th) that she gave birth to her daughter earlier this week. She and her 29 year old husband Shaw tied the knot in May 2014, and welcomed their first child, a boy named Arthur, on December 31st 2014. 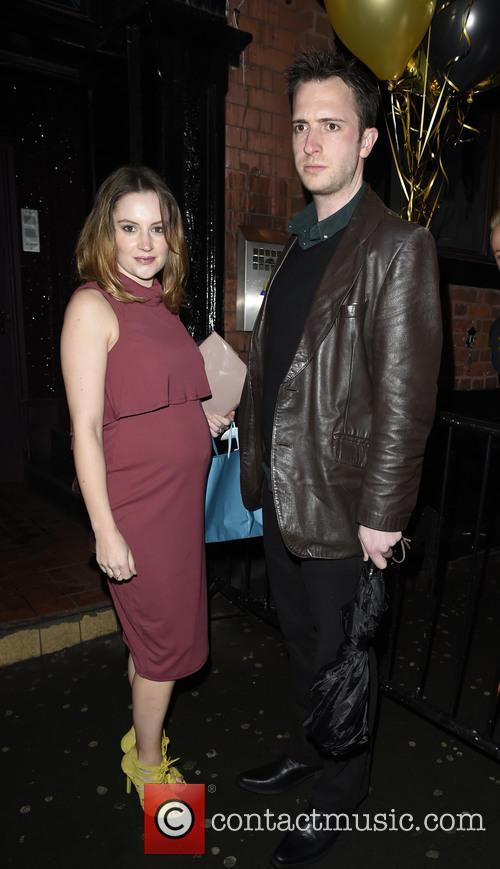 Paula Lane and husband Tom Shaw in May 2016

The 30 year old star played Kylie Platt on the ITV soap for six years before being killed off in a dramatic episode earlier in July, tweeted: “She’s here! The latest addition to the Shaw clan is doing great. @SirTomShaw and I are feeling blessed and very lucky.”

Shaw followed that with his own message of thanks. “Thanks to all who sent lovely messages. Huge, great big thanks to Katharine Graves @hypnobirthing for her words of wisdom! #ItWorks!” he wrote.

More: Michelle Keegan now earning 16 times more than she did on ‘Coronation Street’

Yorkshire-born Lane, who has also starred in British TV shows like ‘Heartbeat’ and ‘The Royal’, took a short break from ‘Coronation Street’ 18 months ago for maternity leave, but intimated that her return had been too quick and that caused her to make the decision to leave the soap for good this time around.

She's here! The latest addition to the Shaw clan is doing great. @SirTomShaw and I are feeling blessed and very lucky  ??????

“I feel like I’ve got to nurture this new baby. Arthur only had 11 weeks with me before I went back to work. I’ve done six years of solid work so I think I owe it to myself to have a natural break,” she told OK! magazine about her decision earlier this year.

“If anything amazing comes up I’d have to take another look at my plan,” she continued, hinting that only a major role might change her mind. “I think it’s got to be a clean break, I don’t think I’m going to take anything. I have to put Kylie [her character] in a box, literally. I think that’s the healthiest option.”