Fact: Singer/choreographer Paula Abdul was caught out by a nervous young wannabe during a recent taping of U.S. TV competition show So You Think You Can Dance when the 12-year-old vomited on her after an audition. Little Chi Tahani made it through to the next round of the hit show and as she hugged the judges to thank them for voting for her, she threw up. The former American Idol judge appeared unfazed and calmly said, "It’s OK honey', before joking, "I’ve never had anyone just vomit on me like that!"

Quote: "How exciting, she's pregnant! I haven't seen her in a while but I'm very happy for her." Singer and dancer Paula Abdul has lost contact with her old pal Janet Jackson, who is reportedly expecting her first child at the age of 50. The pair first worked together on the R&B superstar's What Have You Done For Me Lately video back in 1986.

Quote: "He is just a wonderful, charming dork! He is the funniest guy. One of the funniest people I've ever met... I haven't missed a beat with him." Singer-turned-TV personality Paula Abdul gushes about her ex-boyfriend John Stamos after recently reuniting at a promotional event. The stars dated in the early 1990s.

Fact: Former American Idol regular Paula Abdul is heading back to reality Tv, as one of the new judges for So You Think You Can Dance Australia. The dancer/singer joins Aussie ballroom pro Jason Gilkison, choreographer Shannon Holtzapffel and Tap Dogs star Aaron Cash for the fourth season of the dance competition programme.

Tweet: "I'm truly sorry to hear about the death of Zig Ziglar. He was a treasure. He spoke such truth on goals, motivation & perseverance." Singer Paula Abdul pays tribute to the motivational speaker, who passed away on Wednesday (28Nov12) after a battle with pneumonia.

Fact: Paula Abdul marked her 50th birthday last month (19Jun12) by partying in Las Vegas. She enjoyed a dinner with 30 friends before celebrating at Sin City's Tao Las Vegas nightclub, where she was presented with a three-tiered birthday cake.

Tweet: "I cried watching Michael Jackson rehearse - I knew I was witnessing the unsurpassable. It was never 'just a rehearsal' w/ (with) him. When I choreographed the Victory tour I saw him Become the music. He lived every moment - he Was the dance. It was a transformation. Michael Jackson is the epitome of a legend - a true icon that can only, at best, be emulated." Paula Abdul remembers the late King of Pop on Monday (25Jun12) - the third anniversary of his death.

Tweet: "I'm so excited to be turning 50 this month! Lessons learned: listen to your body, respect what it says. Be mindful of what you eat..." Singer Paula Abdul is proud of her body as she approaches the age milestone. She celebrates her big day on 19 June (12).

Quote: "He said, 'Do you know about cogs and dats? A dat is like a cat with dog in it and a cog is like a dog with cat in it. They're from the Icelandic region.' He probably wanted me to talk about it (to other people). But I don't let him get away with it anymore!" Singer Paula Abdul has wisened up to her pal Simon Cowell's silly pranks.

Tweet: "Wow it's already June 30th! Happy Birthday to the beautiful & multi-talented CherylCole! I miss your fiery sweetness! You're the very stuff of stardom sweetheart - I'm anxiously waiting w/ (with) open eyes & ears to see what you have in store! Love u!" Paula Abdul wishes happy birthday to British singer Cheryl Cole, who turns 28 on Thursday (30Jun11).

Tweet: "Lots of you ask 'What's it like to work w/ (with) Cheryl Cole? Can you understand her accent? She's a delight, lovely & sweet. What accent?" Paula Abdul is getting on well with fellow The X Factor judge and British pop star Cheryl Cole.

Quote: "This show would never have been the same without Paula and I can't believe I am saying this, (but) I have missed her a lot, and I am thrilled she's on the show." Simon Cowell is delighted his former American Idol co-judge Paula Abdul will join him on the panel of upcoming U.S. talent show The X Factor.

Quote: "Come the end of this month, I will be filming live on a Sunday here (in London) and live on a Wednesday in the States. So it's double duty for me!" Former PUSSYCAT DOLL KIMBERLY WYATT is working overtime as she judges Paula Abdul's Live To Dance in the U.S. and British TV talent show GOT TO DANCE.

Fact: Paula Abdul, former Pussycat Dolls star Kimberly Wyatt and top choreographer TRAVIS PAYNE have been announced as the judges of new TV dance contest Live To Dance, which will debut in America early next year (11).

Quote: "I would love to be an AI (American Idol) judge. I'd also be hopeless." Hugh Laurie offers his services as a replacement for ex-judge Paula Abdul on the hit talent show.

Fact: Katy Perry is the latest star heading to the judging panel of U.S. talent show American Idol. The I KISSED A GIRL hitmaker will make an appearance on the forthcoming season of the show, when she'll be seen sitting through select auditions. Victoria Beckham has also landed a guest judge slot. Both will replace Paula Abdul, who quit the show earlier this week (beg03Aug09).

Fact: Simon Cowell congratulated American Idol co-judge Paula Abdul on the success of her new single DANCE LIKE THERE'S NO TOMORROW by gifting her with a digital photo frame, stocked with 150 pictures of himself.

Quote: "Oh really? He needs some more than because I didn't notice any improvement!" Singer Paula Abdul's response to the news her American Idol co-judge Simon Cowell has had wrinkle-treating Botox injections.

Fact: Paula Abdul's pop comeback was given a huge boost on Thursday night (21Feb08) when her new video, DANCE LIKE THERE'S NO TOMORROW, debuted in its entirety at the end of American Idol - the talent show she judges. More than 23 million viewers tuned in to the episode.

Quote: "Let's hope for another wardrobe malfunction." Simon Cowell hopes his fellow American Idol judge Paula Abdul slips up like Janet Jackson if she performs, as reported, at next month's (Feb07) Super Bowl.

Quote: "Our performers think they're going to manage but the reality is they're not. It can be a letdown even when you advance, because success is never what you expect. I just hope they have loving friends and family if they have to go back to their jobs at Burger King." Paula Abdul on U.S. reality show American Idol's winners and losers.

Fact: Paula Abdul will perform before TOM PETTY AT THE HEARTBREAKERS at the Super Bowl in February (08).

Quote: "I worry about Britney. Sometimes it takes a wake-up call to stop. Not to be mommy-like, but I worry." American Idol judge Paula Abdul hopes troubled singer Britney Spears gets it together.

Quote: "I thought it was a joke. I genuinely didn't think it was a true story." Simon Cowell felt sure a story about fellow American Idol judge Paula Abdul tripping over her pet Chihuahua and breaking her nose at the weekend (20May07) was a joke.

Fact: Sandra Bullock and Paula Abdul both screen tested for the role of CJ Parker in Baywatch, a part which made Pamela Anderson an international sex symbol.

Fact: Oscar nominee Djimon Hounsou appeared in the music videos LOVE WILL NEVER DO (WITHOUT YOU) with Janet Jackson and STRAIGHT UP with Paula Abdul.

Fact: Los Angeles Lakers cheerleader-turned-American Idol judge Paula Abdul was honoured with Nevada Ballet Theater's Woman Of The Year Award at the weekend (21JAN07) for her lifetime achievement in dance.

Quote: "It's all subjective. I've been on the best-dressed and worst-dressed (lists), and I say to the designer, 'At least I'm making you famous!'" Singer and American Idol judge Paula Abdul on her eclectic wardrobe choices.

Fact: Paula Abdul was angry with her father on Emmy night on Sunday (27AUG06) because he got stuck in Los Angeles traffic and missed out on escorting his daughter down the red carpet at the Shrine Auditorium.

Quote: "I feel like Paula Abdul on American Idol because there are so many people and everybody has such big dreams and they're all so talented." Beyonce Knowles admits that auditioning for her new all-girl backing band is like judging TV talent show American Idol.

Fact: American Idol judge Paula Abdul has reportedly hired a 'spiritual guide' to help, among other things, with determining her diet.

Quote: "Do you think Teri Hatcher is that desperate of a housewife?" American Idol judge Paula Abdul's response to being asked about host Ryan Seacrest and DESPERATE HOUSEWIVES star TERI HATCHER.

Quote: <p>"He's an a**... He says the dumbest things sometimes. He has no regard for what people may feel and how it crushes their lives. SIMON destroys the hope." Paula Abdul isn't a fan of the way her American Idol co-judge Simon Cowell treats auditioning wannabes on the show. </p> 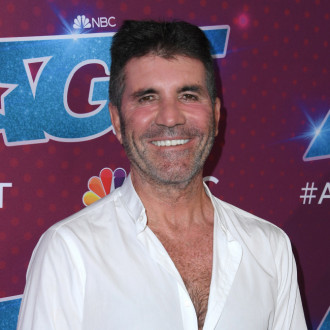 Simon Cowell reveals why he turned down his own TV show