Said contestant said the judge squeezed her 'too tight'.

You thought TV was glamorous? You thought wrong. It's a messy, messy business; at least, it was for Paula Abdul who got spectacularly vomited on during Monday night's (June 6th 2016) episode of 'So You Think You Can Dance: The Next Generation'. She was a helluva sport about it though. 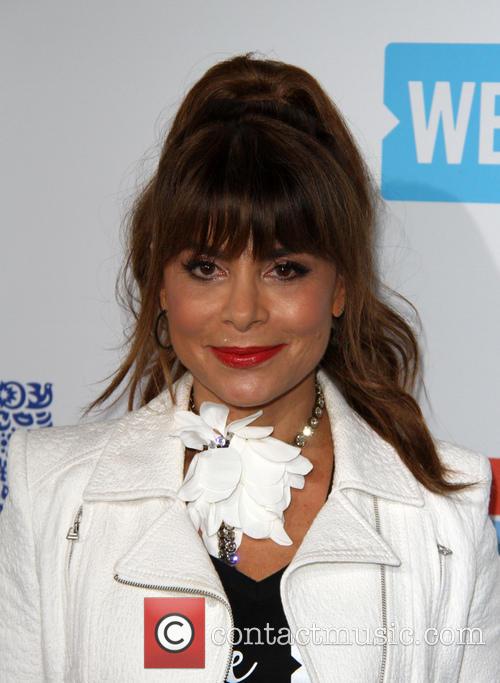 Paula Abdul gets a nasty surprise from 'SYTYCD' contestant

The spotlight was just too much for 12-year-old Chi Tahani and, after a lot of jumping around on stage to the beat of Beyonce's 'Countdown' for her audition, she wasn't feeling so good. She seemed happy enough after realising that she had impressed both the judges and the audience, but after three golden tickets were waved at her sending her through to the next round, her fast-moving feet promptly collapsed beneath her and she ended up throwing up all over judge Paula Abdul's red jacket. Well, that's one way to make an impression.

If Chi's story is anything to go by, it was pretty much Paula's fault. 'I hugged Nigel and then I hugged Paula and she just squeezed me too tight and all the happiness came out... on her jacket', she told presenter Cat Deeley later with a giggle (I mean, at least she's not too embarrassed, right?).

Indeed, after hugging judge Nigel Lythgoe, she turned to Paula. 'I'm so proud of you!' The former singer exclaimed enthusiastically, before noticing that Chi's cheeks had puffed up. Major warning sign. 'Are you OK, honey?' Paula asked. Chi nodded, perhaps in wishful thinking, before promptly spewing all over Paula's arm despite trying very hard to direct her happiness away from the celebrities. 'I'm so sorry', the red-faced youngster said, as Paula re-assured her that it was all OK and quipped: 'I've never had anyone just vomit on me like that before.' That'll teach her to squeeze people.

'So You Think You Can Dance: The Next Generation' airs on Monday nights at 8pm on FOX.