Singer-turned-reality Tv Star Paula Abdul Created The Video For Her Opposites Attract Hit As A Tribute To Gene Kelly In A Bid To Meet The Late Performer. 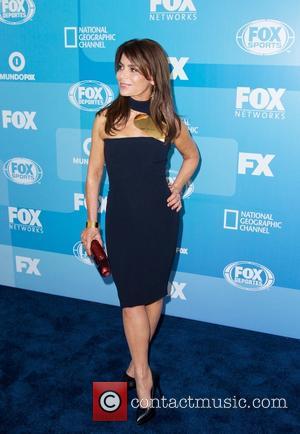 Picture: Paula Abdul - A host of stars were photographed as they arrived for the FOX 2015 Upfront event which was held at the Wollman Rink...

The hitmaker was inspired by 1945 film Anchors Aweigh, which featured Kelly in a dance sequence with a cartoon Jerry Mouse, as she put together the iconic 1988 promo, in which she performed with animated character MC Skat Kat.

She says, "I created the video with the hopes that maybe I could meet Gene Kelly. If I dedicated a video to him..., it's like the gratitude I wanted to show him. When the video was done, I sent it to his agent and the agent gave it to him and two days later I got a call from Mr. Kelly and it was the best thing ever.

"He invited me over for tea and I arrived at his house, like, an hour early in the blazing heat and I kept circling around and out of nowhere I heard someone banging on the trunk of my car and he goes, 'Abdul, you've been circling around my house over and over' - and that's how I met him."

The two performers formed a strong bond following their initial meeting and Kelly even helped Abdul land a famous Diet Coke commercial, which also featured the Singin' in the Rain star, Groucho Marx and Cary Grant.

She continues, "He was amazing. We were just like two dancers telling stories and we became friends and I started having tea with him almost every week. It was incredible and I got a call from Diet Coke, the Coca-Cola company, to do a nostalgic commercial and I just said, 'They might be calling you', and he blessed the ability for me to dance right next to him..."

Abdul recreated her Opposites Attract video during an appearance on America's The Late Late Show on Tuesday night (21Jul15), when host James Corden dressed up as MC Skat Kat and danced beside her.