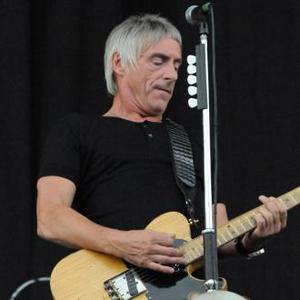 The Jam singer has prepared a special birthday tribute to his friend by recording a cover of The Beatles' song 'Birthday' which will be released as a download single on Monday (18.06.12) only, with all proceeds going to children's charity War Child.

Weller said: ''It's my own little tribute to the man who, along with the rest of The Beatles, got me into music in the first place.''

Weller and the Beatles legend have a history of supporting children's charity War Child, and previously recorded a cover of The Beatles' track 'Come Together' with Noel Gallagher for the cause in 2010.

Meanwhile, Weller has revealed he is keen to work with indie British singer Miles Kane, saying: ''We've set aside a couple of dates when I'm going to do some writing with him. I like him, he's done well.''

The musician is due to headline Latitude Festival in July alongside Elbow and Bon Iver.