Paul Weller claims it would be ''absurd'' if The Jam ever reformed because he couldn't ever imagine performing songs that are over 30 years old. 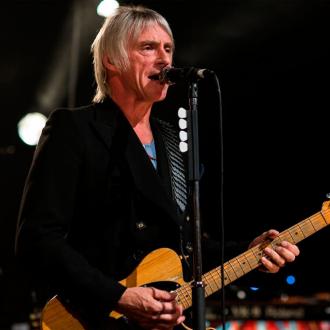 Paul Weller claims it would be ''absurd'' if The Jam ever reformed.

The group - also made up of Rick Buckler and Bruce Foxton - split in 1982 and while Paul admires the likes of The Rolling Stones for still going strong, he says he couldn't do it as he doesn't want to perform songs that are over 30 years old.

He told The Sun newspaper: ''I take my hat off to people like the Stones but it's not for me. I couldn't do that. Jagger is brilliant and long may he rock. I couldn't make my career out of old songs, it would do my head in.

''We haven't had 30 years of us continuing making lousy records, which is the case for some bands.

''No way would it happen. You can't recapture those things, and also why should you? It would be absurd - three 50-year-old geezers jumping around the stage.''

Paul - who has enjoyed a hugely successful solo career since the band split - recently revealed he is working on his first film soundtrack in 2013 and was excited about entering a new territory.

The 54-year-old rocker said: ''I've been working on a soundtrack thing, for a British film. I don't wanna say too much about it yet, 'cos its in the early stages, but I'm really excited about that, about doing a whole soundtrack.''