Rocker Paul Weller Underwent Therapy To Beat Booze After Admitting He Is An Alcoholic. 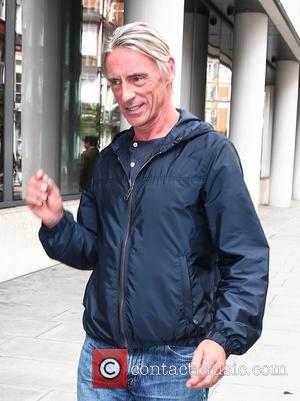 The former The Jam frontman quit drinking in 2010 after realising he would slump into a dark mood whenever he downed alcohol, and the habit was damaging his relationship with wife Hannah.

He later opened up about his heavy drinking, confessing he is an alcoholic and revealing he struggled during his first two years of sobriety but is enjoying the healthy benefits of a teetotal lifestyle.

In 2012, Weller claimed he had beaten his booze demons without the need to attend Alcoholics Anonymous meetings "or any of that b**locks", but he has now admitted he had treatment from a therapist to help him stay sober.

The Going Underground singer tells Uncut magazine, "If I'd carried on, I don't think I'd still be here. I was an alcoholic. I used to think that meant somebody who drank every day, but now I know it's not like that. With me, it was once I had one drink, I couldn't stop.

"I went to see a therapist, who was very good. He helped me understand myself, but I knew it was the right time. I couldn't handle it, man, the dark moods, the hangovers. I don't need that s**t. They say that drink unleashes the demons inside you, but I think the demons are in the bottle. The demon was actually in the bottle; it didn't come from anywhere else."