The musician worked with screenwriter Johnny Harris on the new movie.

He may have a brand new album on the way, but Paul Weller also has another very special project set to be unveiled in the coming weeks. Boxing drama 'Jawbone' marks Paul Weller's very first venture into film scoring, and features the sensational new track 'The Ballad Of Jimmy McCabe'. 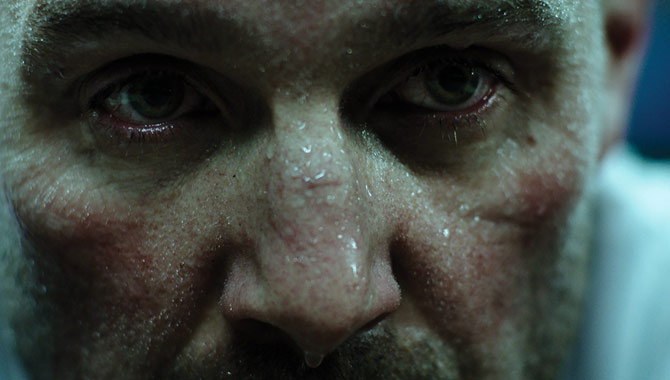 Paul Weller does the soundtrack for 'Jawbone'

In his film soundtrack debut, the Modfather teamed up with long-time fan Johnny Harris ('Fortitude', 'This Is England', 'Whitechapel'), who wrote and stars in the film and approached Paul in the early stages of the production to appeal to his genius and invite him to work with him.

'Paul would constantly send through any new ideas, demos, or recordings, and what was unique and beautiful about this approach was that Paul's new compositions were now inspiring and influencing the story as I was re-writing it', said Harris. 'I'd also send Paul through new drafts of the script, or any new ideas as they were forming along the way, and a beautifully collaborative process evolved.'

Much of the 7-track album features dialogue from the film, just in case you can't place it, with one exception being 'The Ballad Of Jimmy McCabe'; a soft guitar number - as you'd imagine - that wouldn't be out of place on a folk album, and a stark contrast to the gritty and intense scenes that play out in the official video.

The film, directed by Thomas Q. Napper ('Lost Angels: Skid Row Is My Home'), follows a man who winds the clock back to his days as a youth boxing champion by revisiting the club he used to train at and reconnecting with the owner Bill (Ray Winstone) and old friends Eddie (Michael Smiley) and Joe (Ian McShane). He's desperate to find some meaning in his life, and he's certain the only place he can find it is within the ring.

'Jawbone: Music From The Film' will be released on March 10th 2017 via Parlophone Records. The film comes out on March 17th.