Paul Walker was finally laid to rest as his family and close friends joined in a private ceremony to say farewell one last time. 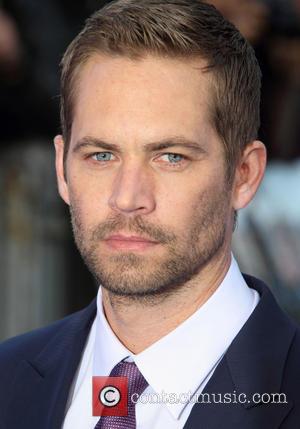 Friends and family of the late Paul Walker gathered on Saturday (Dec 14th) to say goodbye one last time.

It was reportedly the 'Fast & Furious' star's funeral service was held at Forest Lawn Memorial Park Cemetery in the Hollywood Hills this weekend, according to E!News.

Walker's remains were cremated and his ashes were laid to rest at the well-known cemetery.

Family members including parents Paul Walker Sr. and Cheryl Walker as well as his brothers Caleb and Cody Walker joined close friends in attendance at the private ceremony.

Walker was killed when on a visit to Santa Clarita on a Saturday afternoon (Nov 30th), he was in a Porsche GT when it crashed after the driver lost control and collided with a post or a tree which caused the car to burst into flames.

Paul's autopsy report it was determined the cause of death was from "combined effects of traumatic and thermal injuries."

The reason behind the crash is still widely unknown but it is reported his parents believe a theory presented to them by a stunt team who investigated the crash site.

They believe that when a car travelling at speeds of 90mph hits the plastic bumps, known as Botts' Dots, it will lose friction, similar to driving on ice and these plastic bumps were on the road where the crash took place.

That model of Porsche Paul was in is fitted with sports racing tires that have very little grip to begin with, thus the car would be near impossible to establish control again. Investigations are still underway.

American rapper/actor Ludacris, who starred alongside Walker in the street racing franchise, posted a photo on his Instagram that appears to be a program for the funeral.

Michelle Rodriquez, also Walker's co-star, took to twitter to pay her final respects, she wrote, "I said goodbye to a great man today, a man I never got to show just how much I love his spirit and his golden heart, "stay golden pony boy".

Adding, "I hope you get my tweet in heaven, ps your right; 'stop talking just do it already';) Love you Paul, your departure is fuel to my fire, well meet again, enjoy that light."