Tyrese Gibson says his friend Paul Walker's daughter is in a ''great space'' and is focusing on her studies and her friendships in the wake of her father's death. 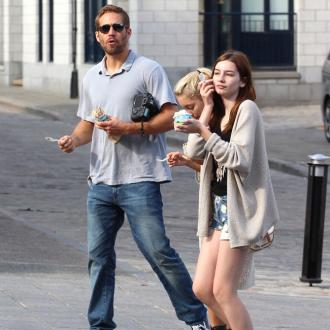 Paul Walker's daughter is in a ''great space''.

The 'Fast and Furious' actor's only child Meadow was just 15 when he passed away in a car accident in November 2013, but she is slowly getting her life back on track, having moved from her grandmother Cheryl Walker's house to a home she shares with her mother Rebecca Soteros.

Paul's 'Fast and Furious 7' co-star Tyrese Gibson said: ''She's really in a great space. She's really focused on her education and just spending a lot of quality time with her friends. That brings her a lot of joy.''

After Paul's death, his brothers Cody and Caleb stepped in to complete his role in the latest movie in the action franchise, and Tyrese has hailed them as his new ''heroes''.

He told People magazine: ''It could not have been easy for [Cody and Caleb] ... to step in for their brother who we just lost.

''I have a bunch of new heroes from being a part of this project. It feels like the most beautiful sending off you'll ever see.''

Meanwhile, Cody is thrilled with the finished film and now counts the cast as ''family''.

He said: ''I'm so happy with it. I think Paul would be proud.

''I've known some of [the cast] for the last 15 years, but not at this level. I've just tripled my family in the last year.''