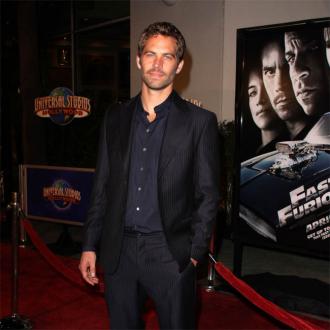 The late actor's car and racing shop Always Evolving has teamed up with his estate to organise the sale of 30 luxury vehicles - including BMWs, Audis, Mustangs and Porsches - following his death last November, according to TMZ.com.

However, the star's estate have not used his name in connection with the sale as it is believed Paul wouldn't have wanted his profile to boost the prices of the cars.

All sales will be conducted through high-end brokers.

Paul died along with his friend Roger Rodas on November 30 after the Porsche Carrera GT they were travelling in crashed into a tree and burst into flames in California.

The coroner listed speed as the lone reason for the fatal crash after investigators found no sign of mechanical fault.

Following his death, the Always Evolving shop - which was founded in 2012 by Paul and Roger - allegedly closed in December, but the firm's website is still in operation.

Paul's estate has been valued at $25 million and his daughter Meadow, 15, is set to inherit his entire fortune after he named her as the sole beneficiary in his will.

The late star also requested his father, Paul Walker Sr., supervise the transfer of his $25 million fortune to Meadow after he listed him as the executor of his estate in his will.