"Furious 7" Trailer Revealed: Is This The End Of An Era?

Is this the final Furious? The trailer kinda makes it seem so.

The first trailer for Furious 7  (aka the seventh Fast & Furious) is out and here’s the good news – it’s faster and furious-er than ever. The late Paul Walker takes the honorary spot in a trailer that features him dangling off a cliff and then running up a bus dangling from that same cliff and into a truck... oh, you’ll just have to watch the trailer. Also, camels.

Almost a year after Paul Walker's death, the actor received another tribute at the trailer launch.

No, I’m not even kidding. Featuring the ominous line “One last ride.” And Vin Diesel’s epic “I don’t have friends. I have family,” this one might actually be a tear-jerker. In some of the last material he filmed before his shocking death – in a car crash, of all things – last year, Paul Walker returns as Brian O’Connor, partnering with Vin Diesel’s  Dominic “Dom” Torretto for one final heist.

There’s also Michelle Rodriguez, Tyrese Gibson, The Rock (natch), Ludacris and – here’s a treat – Jason Statham as the creepiest mofo in all the land. 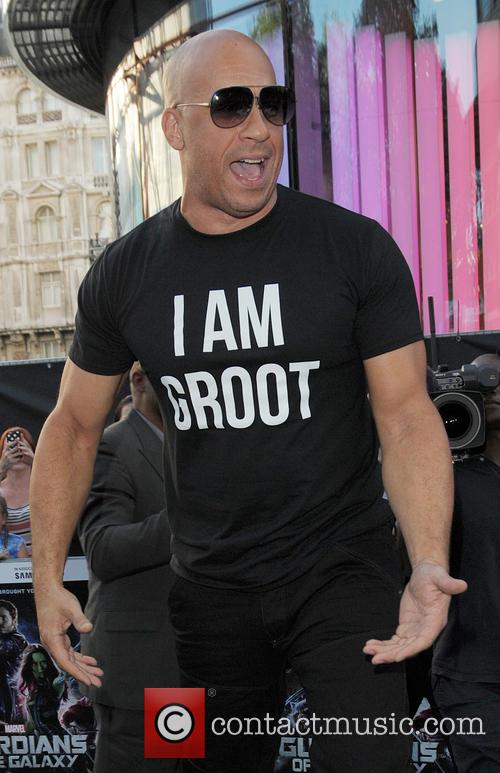 Vin Diesel honored his friend with a speech at the launch event.

"Just when you didn't think it could get any better, huh," Walker says in the trailer. Is that ominous af or what?

And, enlisting a heavyweight for what is likely to be the final chapter, the trailer features newcomer to the franchise and action veteran Kurt Russell.

The trailer was revealed at a special event, at which Vin Diesel gave a speech, honouring his late friend and “brother.”

"We lost a special person, a special angel," he said, according to E! News.