The cast and crew of 'Fast & Furious 7' have paid tribute to late star Paul Walker in an open letter to mark the end of production on the movie. 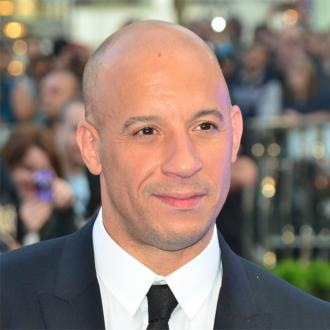 The cast and crew of 'Fast & Furious 7' have paid tribute to the late Paul Walker.

The stars of the upcoming action flick - including Vin Diesel, Dwayne Johnson and Michelle Rodriguez - have shared an open letter with fans to mark the end of production on the seventh instalment on the franchise.

The letter thanks fans for standing by the series and pays homage to the late star, who tragically died in a fiery car accident last November.

The letter, posted on the official 'Fast & Furious' Facebook page, reads: ''We made it. Today we completed the last shot in the production of 'Fast & Furious 7'.

''We wanted to take this moment to express how thankful we are for your support. We felt the love and strength from our fans throughout this journey, and it's because of you that we got here.

''There was a time when we didn't know how we could go on, or even if we should. But we listened to you, and you inspired us not only to keep going but to try and make the best 'Fast & Furious' movie yet.''

The letter hails Diesel - who both stars in and produces the films - as a true ''leader'' who ''gathered us back together and moved us forward when we needed it most''.

It continues: ''Our family is big and strong but it won't ever quite be whole again without Paul.

''All of us - those who've been here from the start and those whose first 'Fast' film is 7 - wanted to create a special film for him and for you. We believe we have.''