The 46 year-old actor describes returning to filming the 7th instalment as "one of the hardest things I have had to do in my career," but also "the most significant." 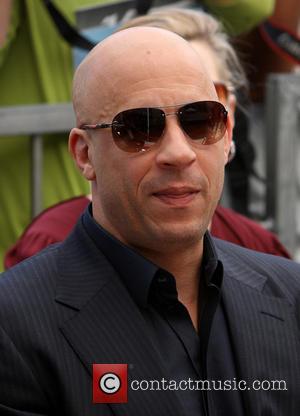 'Fast & Furious 7' will commence filming at the end of this month after it was postponed back in November due to the tragic death of co-star Paul Walker.

Returning to the set without the presence of Walker is obviously going to be a tough process for his fellow actors, and the car-racing film franchises' main star, Vin Diesel, paid tribute to the late actor one more time.

This past Saturday (Mach 22nd) the 46 year-old shared a photo of Walker on his Facebook page, in which he was posing with Diesel's twin brother.

In the lengthy caption, which was titled 'The Two Pauls', Diesel spoke about returning to finish the movie.

"Pablo and my mother would have deep conversations... she claimed, that it was no accident that this on-screen duo has come to define brotherhood in Our millennium," he wrote. "You see... the other guy in the photo is also named Paul... and although they look more alike, he is actually my twin brother."

"P.s. Grateful to have Our page as a sanctuary, it has helped in these past few months more than you know... and God knows we will need all of you to complete this intense experience called SEVEN," he further added. "Though this may be one of the hardest things I have had to do in my career, I can't help but to think... that it will also be the most significant."

Walker's scheduled scenes will also be completed with the use of stunt doubles and CGI, Universal Pictures announced on Sunday (March 23rd).