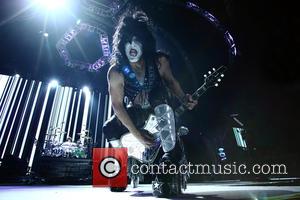 The bandmates are launching the scheme at their Rock & Brews restaurant chain to celebrate the holiday on 11 November (15), and U.S. military personnel, veterans and first responders will be given a free meal at branches across the States throughout the day.

"As proud Americans, it is important to salute the men and women who protect and serve our country," says Michael Zislis, a representative of Rock & Brews. "November 11 is devoted to our veterans, active military and first responders at Rock & Brews, and we hope that they will come in with friends and family to give us a chance to say thank you."

The rockers' chain has a history of supporting veterans since it was set up in 2012 - to mark the launch of a branch in California in 2013, the pair hosted a special luncheon for former servicemen and women and even served up the food themselves.