Actor Paul Rudd Was "Miserable" Company For Friends And Family For A Year As He Prepared To Portray Marvel Superhero Ant-man In The New Blockbuster, After Adopting A Bland Diet And Dedicating Himself To Getting In Shape. 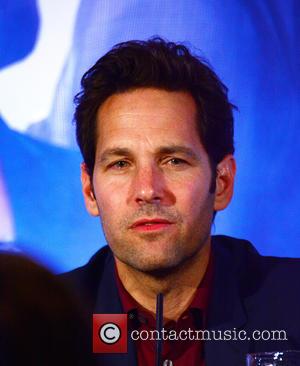 The 46 year old reveals he completely turned his life around so he would look the part of conman Scott Lang and his titular alter-ego in the new movie, but he admits it wreaked havoc on his social life.

He tells Britain's Cover Media, "I didn't do anything fun for a year. I ate no carbs or sugar, I worked out. I basically made health and fitness the focus of my day, for a long time.

"I would work out with a trainer; I worked with a guy who was teaching me tumbling, how to do flips, things like that. I was eating a lot of protein and vegetables, and I was eating at very specific times of the day. I didn't drink any alcohol. And I was miserable to be around for about a year."

However, Rudd confesses he soon learned to love his new healthy lifestyle.

He says, "Actually, I enjoyed having the focus. I knew I was going to have to be held accountable (for the film's success), so that made it a little easier. But I'd never done anything like that before, to that extreme, and having the majority of my day built around that instead of making fitness something I tried to work in on the side while I went about my day, was really kind of great.

"I woke up very early in the morning, I felt really good, I had lots of energy and it helped me also just get into the mind-set of this character. I figured if I'm in really good shape, I will feel like less of an imposter in the role."