Paul Rudd wants to be a Lego man

Paul Rudd is dreaming that his starring role in 'Ant-Man' will result in him being made into a Lego figure. 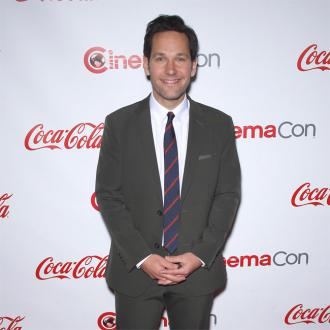 Paul Rudd wants to be turned into a Lego figure.

The 46-year-old actor plays the titular superhero in upcoming Marvel movie 'Ant-Man' and he's very excited at the prospect of his alter ego Scott Lang becoming a mini-toy.

In an interview with Collider.com, he said: ''I want a Lego. I think the coolest thing of all is that I'm wondering if there's going to be one of me in Lego. That's the best thing. That's the only thing I want.''

Rudd's superhero dons a suit that can shrink him down to the size of the insect whilst increasing his strength.

The Hollywood star admits he found it a really cool experience to wear the suit each day for shooting because his costume reminds him of a Stormtrooper uniform from the 'Star Wars' movies.

He explained: ''(The suit's) incredible; it's deceptive also. This suit has more parts than any suit in the Marvel universe. It is pretty amazing. But I remember when I first saw it just going, 'Oh man, the shape of it is so cool.' I had that feeling of when I was a kid and I was so into the Stormtroopers and also the surgeon droid for some reason. The surgeon droid and the Stormtrooper helmet, those helmets I used to draw them. I was really intrigued by them, and when I saw the Ant-Man helmet, I thought like, 'It has a similar kind of look to it, the way the eyes are, I bet kids are going to be into drawing this helmet.' ''