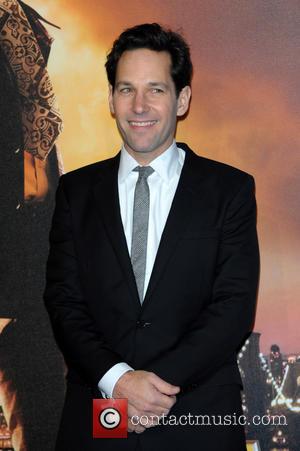 Actor Paul Rudd was left starstruck and emotional after meeting Sylvester Stallone at a recent showing of Broadway musical Rocky.

The Anchorman star, who is a huge fan of the iconic boxing movies, took his young son Jack and his friends to the show's recent premiere and was shocked when Stallone made a surprise appearance.

He was invited backstage and meet his action hero and Rudd admits it was a dream come true for both him and his kid.

He says, "When he walked out (to make his special appearance)... I was like, 'Guys, that's Stallone, guys that is Stallone!'

"Then I met him afterwards and he was so nice and he started giving my son a little boxing lesson, and I sat there watching and I had the most incredibly profound, emotional experience watching Stallone teach my son how to throw a punch... I was so pumped. (My son) completely froze up, it was the greatest night of his life."