Paul Rudd makes so many Judd Apatow movies because he feels comfortable with the filmmaker and also often doesn't get the other parts he wants. 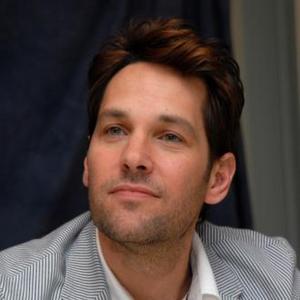 Paul Rudd makes so many Judd Apatow movies because he often doesn't get the other parts he wants.

The 42-year-old actor - who has worked with the producer and director on a number of movies including 'Knocked Up', 'The 40 Year Old Virgin' and 'This Is 40' - feels comfortable with the filmmaker though he admits that isn't the only reason why they collaborate so frequently.

He said: ''It's about half-half deliberate. It isn't just that I want to work with friends. I'd like to work with people I've never worked with before and work in different genres. But one, sometimes I don't get those parts; and two, someone like Judd will say 'Oh we're going to do this one next'.''

Judd often uses the same actors including Paul, Steve Carrell, Leslie Mann etc and Paul says he loves to be surrounded by his friends at work.

He told Glamour magazine: ''The great side is movies take months to shoot, so to be surrounded by friends makes for a much more enjoyable experience. They have a kind of life's Too Short mentalist -there's no diva energy or jerks.