Hollywood comedian Paul Rudd will be the next big superhero as he is set to star in the newest Marvel Comics adaptation 'Ant-Man'. 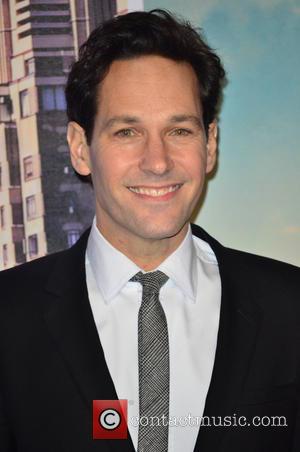 Hollywood funny man Paul Rudd has landed his most unlikely role to date.

The 44 year-old is set to play the miniature superhero 'Ant-Man' in the next Marvel Comics film adaption.

Rudd will play scientist Henry "Hank" Pym who creates a chemical substance to dramatically changes his size and communicate with insects in order to fight crime, Variety first reported.

British film director Edgar Wright will take charge on the project as well as writing the script with Joe Cornish.

"When Edgar Wright came to us with the idea of Paul Rudd, we felt a huge sense of relief because the first step in creating any Marvel Studios film is finding the right star," said Marvel's Kevin Feige in a statement on Thursday (Dec 21st).

"We knew early on that we had found the right person in Paul. When he not only agreed to do it but became as enthusiastic as any actor we'd ever met with about doing the work, we knew we'd found the right guy. We couldn't be more excited for our audiences to see what he's going to do to bring Ant-Man to life."

At this point in time no information on the plot or other cast members has been released, but casting an established comedian could imply that this film may weigh towards a comedic root a well as the usual action-packed film that audiences have come accustomed to expect with Marvel adaptations.

'Ant-Man' is scheduled for a release date of July 31st 2015, which will compete with other huge summer blockbuster's such as Marvel's 'The Avengers: Age of Ultron,' the 'Man of Steel' sequel which will feature Henry Cavill's 'Superman' against Ben Affleck's 'Batman,' 'Jurassic Park IV' and a reboot of 'Terminator'.