Actor Paul Rudd Has Discovered A New Compassion For Tiny Insects After Portraying Marvel Superhero Ant-man On The Big Screen. 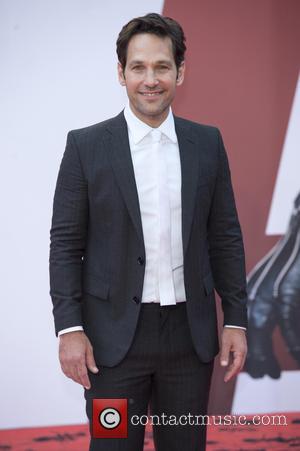 In the new movie, the Anchorman star plays conman Scott Lang, who uses a potion to shrink to the size of an ant to help his mentor, Dr. Hank Pym, pull off a daring heist, with the help of armies of other insects.

The experience has given Rudd a newfound respect for the miniature creatures and now he admits he has started to refrain from killing them.

He tells Britain's Cover Media, "Not trying to sound cute or anything, but even last week, I was standing by the sink and some ants came and started walking towards the coffee maker where I was brewing coffee and I... maybe in an earlier time I would have given them a little flick, (but) now I absolutely let them do what they want to do, and I stand back."

Rudd isn't the only Ant-Man star to think differently about the insects after the shoot - Michael Douglas, who portrays Pym, reveals he was blown away by the amount of information he learned about ants in preparation for the movie.

He says, "I just never really knew there were so many possible characters. There's this phenomenally interesting thing; working ants, flying ants, seeing all the different characters. It was always a joy in the scenes when everyone would take a brief respite to look away at some of the ant hills, watch them work... I found it very peaceful."