Paul Rudd anxious about This is 40 David Schwimmer jibe

Paul Rudd has confessed he is nervous about his 'Friends' co-star David Schwimmer's reaction to a joke about him in new comedy 'This is 40'. 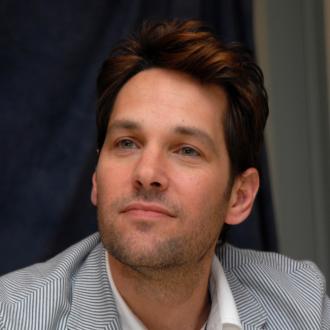 Paul Rudd is worried about David Schwimmer's reaction to 'This is 40'.

The actor and his 'Knocked Up' co-star Leslie Mann have reprised their roles as bickering married couple Pete and Debbie from the hit 2006 comedy for the new movie and Paul is worried that his former 'Friends' co-star may take offence to a jibe aimed at his manhood in the film.

He told ShortList magazine: ''Sometimes [producer] Judd [Apatow] will yell out lines for me to say during filming and I never filter anything - I just repeat what he says.

''There's one scene in the movie where he yelled out this comment for me to say about David Schwimmer. I thought it was funny but Schwimmer is a friend of mine and I don't want to say anything that would make him mad.

''So I laughed when I said the line because I thought that would ruin the take and it wouldn't get used. When they asked me to do it again I said no, but then they ended up using that take in the movie.''

Despite having his reservations about the scene, Paul - who co-starred with David in hit sitcom 'Friends' as Phoebe Buffay's husband, Mike - added that he hasn't been in touch with his friend about the scene yet.

He said: ''I've sent him an email. He hasn't responded yet. I sure hope he does because I'm not kidding, I will lose sleep if he's upset about this in any way. He's a great guy.''