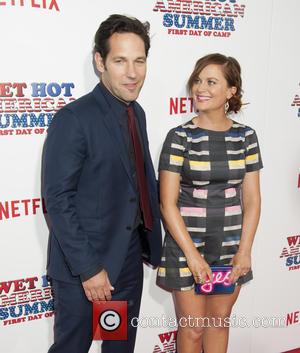 The actor's I Love You, Man co-star Jason Segel spent a lot of time with Rudd while they were making and promoting the 2009 film and became a close friend - and the subject of the quirky funnyman's toilet tricks, like dropping his trousers and underwear to his ankles "like a 10-year-old boy" as he stands to pee.

Segel explains, "He does it at airports... Sometimes I'd walk into a bathroom and he would be standing there amongst other grown men with his pants and underwear down to his ankles like a little boy, peeing.

"Then he does another one when he slowly starts taking steps backward as he's using the urinal, so eventually he's quite far away. And then sometimes we're at a urinal together and there's other people around, and he'll just go like this (peers over the divider), 'Hey, nice penis!'"