Renee Zellweger And Jeremy Irons Were Among The Stars Who Turned Out For A Fundraising Event In London On Tuesday Night (02nov15) In Aid Of Paul Newman's Charity. 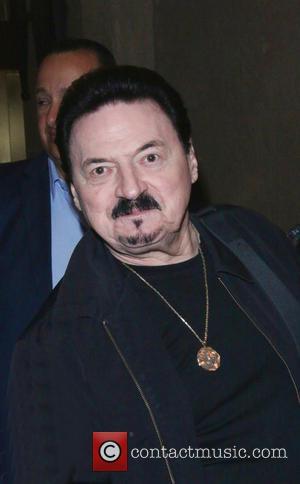 The event at London's Roundhouse venue was held to raise money for the SeriousFun Children's Network, which was set up by late Hollywood legend Newman in 1988 to provide summer camps for children battling serious illnesses.

Zellweger, who is in the British capital filming the third Bridget Jones movie, was among the guests, and gave a speech at the gala honouring Newman's charity legacy.

"Paul wanted to serve as many children as possible," she told the audience. "He couldn't have had any idea that over a half a million children and their families from over 50 countries - and counting - would benefit. Every time a child who thought they would never smile again discovers

SeriousFun, not only smiles but laughs, Paul's immortality is guaranteed.

"Because laughter to a kid is like wings to a bird, and Paul knew that a broken wing shouldn't prevent anyone from flying. I think we can all use that for inspiration."

"Once you get involved with this, you can't stop," DeVito declared, and Irons paid tribute to his late Hollywood hero, adding, "He (Newman) loved life. And I think he wanted to give kids in this situation the opportunity to have a bit of life in the short time they had left or while they were going through this difficult time."

"We are absolutely thrilled to (have returned) to London for our third annual SeriousFun Gala during what would have been my father's 90th year," says Newman's daughter Clea, who helps run the SeriousFun charity. "Money raised last year helped provide hundreds of children living with serious illnesses with the opportunity to reclaim their childhoods, make new friends and discover the best in themselves - through the safe and supportive environment of a SeriousFun camp."

The event in London follows similar fundraising galas in New York and Los Angeles which took place earlier this year (15).