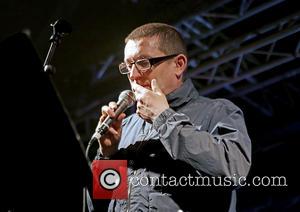 British pop star Paul Heaton has recalled his terror as he was chased from a London hotel by a Saudi royal's irate bodyguard.

The former The Beautiful South frontman once tried to sneak into London's Columbia Hotel for an after-hours drink with his bandmate Dave Rotheray, but they were thwarted by a security worker.

The burly bouncer threatened to kill Heaton and he was only saved by the arrival of cops, who then arrested the singer and threw him in a cell for 18 hours.

Heaton tells Q magazine that he and Rotheray were caught as they tried to climb through an open window at the hotel so they could pose as guests and buy booze at the bar.

He says, "(I) was met by a massive bloke in Arabian gear, running at me screaming, 'I kill you!'. Turns out he was bodyguard to this rich Saudi princess staying there... All for a late-night drink."