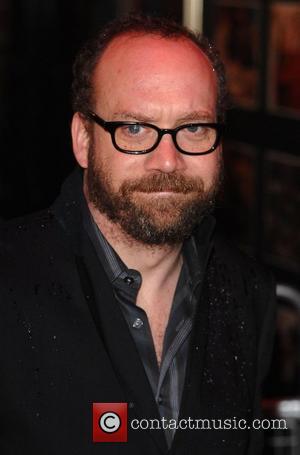 Promotional posters for violent action film Shoot 'Em Up have been criticised by the UK advertising watchdog for glamorising gun crime.

The Advertising Standards Authority (ASA) ruled that two posters should not be shown again after 55 people, including the Kensal Green Community Safety Forum in London, complained.

In the first offending advert, the film's villain Paul Giamatti was shown pointing a gun and holding a mobile phone, with accompanying text stating: "Just another family man making a living  Paul Giamatti, Shoot 'Em Up."

The second featured the film's other two stars  Clive Owen and Monica Bellucci. Owen was leaping into the air holding a pistol in each hand while Giamatti held a sniper rifle in the background.

Complainants said that the posters glamorised and glorified gun crime, a claim partly upheld by the ASA.

In its adjudication the watchdog recognised the "ironic" nature of the posters and said they were unlikely to "be seen to glamorise or glorify real gun crime" to the majority of people.

But the ASA added that the prominence of a gun in the first poster and the action shot in the second suggested "direct aggression that could be seen to glamorise the use of guns and violence".

In its defence Entertainment Film Distributors said it had been "mindful of growing levels of public concern about the use and threatened use of guns".

The distributor also expressed regret at the coinciding of its marketing campaign with the killing of Liverpool schoolboy Rhys Jones, who was fatally shot on August 22nd.