Paul Bettany, who plays The Vision in the upcoming 'Avengers' movie, has been overwhelmed by the size of 'The Avengers: Age of Ultron' set and he's not the only one.

Paul Bettany was shocked with the size and scale of The Avengers: Age of Ultron set. The 43-year-old actor has previously had a role in The Avengers Assemble and the Iron Man trilogy as the voice of Iron Man's computer JARVIS but he plays the villain, The Vision, in the upcoming Avengers film. 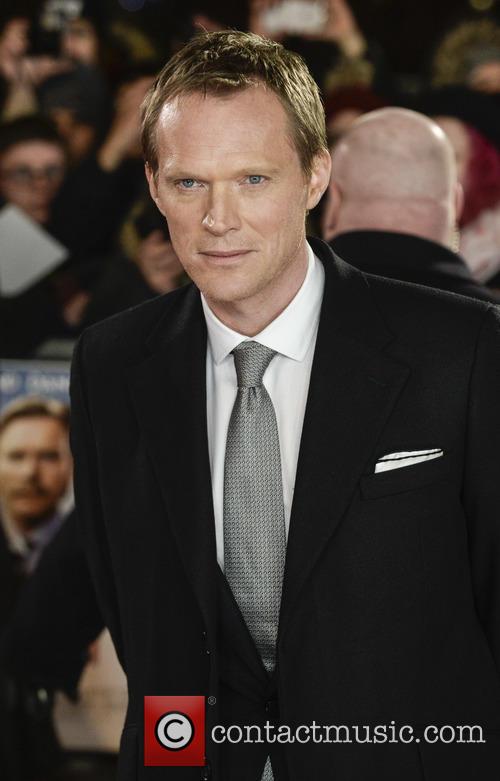 Paul Bettany stars as The Vision in The Avengers: The Age of Ultron.

Read More: Paul Bettany Cast As Vision: What Does It Mean For Avengers: Age of Ultron?

Although Bettany has previously worked on the first Avengers film, nothing could prepare him for the vast scale of the Age of Ultron set. "I've never been on a bigger set on my entire life than in The Avengers [Age of Ultron]. One seemed to be the corner of a town, with helicopter cameras, and drone cameras flying about. I just haven't seen anything that big, so it was like being a kid on a film set again," Bettany told RadioTimes.

Yet Bettany was not the only one to be blown away by the sheer scale of the project, which he described as "the biggest thing Marvel has ever done", as he and the other Avengers actors were "gobsmacked" when they were shown a short section of footage from the movie at Comic-Con.

The film, which stars the likes of Robert Downey Jr., Chris Hemsworth, Scarlett Johansson, Chris Evans and Samuel L. Jackson, boasts actors who are not averse from working on big budget films with large sets. Yet even Jackson was reportedly shocked by the footage. Bettany joked that although Jackson's "whole modus operandi is 'I've seen everything before, I'm the most chilled out, relaxed man and I've seen everything', and he was as knocked out as anyone."

Watch the Movie Trailer for The Avengers: Age of Ultron on Contactmusic: