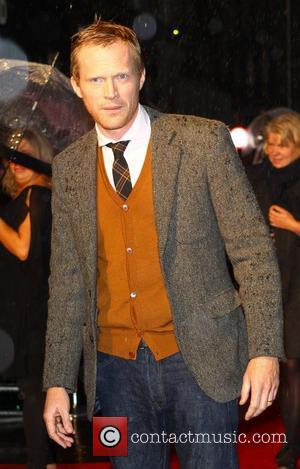 Paul Bettany might be the voice of Iron Man’s computer, Jarvis, but he has never seen any of the Iron Man films, he claims.

In an interview with Digital Spy, the actor, who is promoting his latest movie Blood, explained that he feels like something of a charlatan when he’s summoned by Marvel to do the Jarvis voiceovers – especially when he gets approached by obsessive fans of the Marvel Comics franchises, because he doesn't have a clue what they’re trying to talk to him about.

“I feel like a pirate. This is robbery. I walk in, I say some lines on a piece of paper for two hours, and then they give me a bag of money and I leave and I go about my day,” says Bettany of his involvement in the Iron Man movies. “I sort of feel guilty, because at least acting can be exhausting, with long hours… but I do nothing! And I've never seen one of them.” This in itself isn't unusual for him, he explains; there are plenty of films that he has been in that he hasn't necessarily seen once the finished product hits the shelves, but with Iron Man, his limited involvement means that he really doesn't know what the fans are talking about.

“I get brought in right at the last moment, where if they've worked out that they have a clarity issue or whatever, they can always add it to [my] dialogue… I'm plagued by fanboys who love Jarvis... They come up and I've got no idea what they're talking about. I've got no idea about Iron Man - I don't get sent the whole script.”