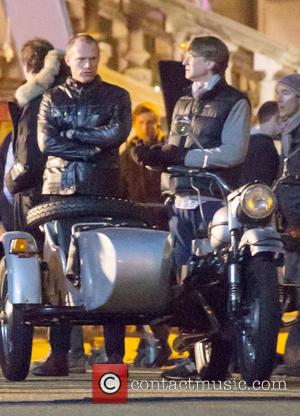 Picture: Paul Bettany - Johnny Depp filming on the set of 'Mortdecai' in London. During the scene, Depp was spotted with his trousers around his ankles,...

Paul Bettany is convinced the eerie technology featured in his new movie Transcendence will be commonplace within his lifetime.

In the film, Johnny Depp plays a terminally ill scientist whose mind is uploaded to a computer, granting him power beyond his wildest dreams - and his 42-year-old co-star believes the story isn't as far fetched as some people think it is.

Bettany tells Wenn, "I spoke to a professor at Cal Tech (the California Institute of Technology). He's a brilliant man. When I walked into the room he was looking at a slice of the human brain whilst listening to Wagner.

"That is what I remember from the meeting. It was a terrifying thought that they are unified in the opinion that we have always been on a collision course with technology and the next stage of our evolution will involve machinery. That's a hell of a thought."