Paul Bettany Cast As Vision: What Does It Mean For 'Avengers: Age of Ultron'?

Paul Bettany will play the Vision, but how does this fit in to 'The Avengers: Age of Ultron'?

With Variety confirming the Paul Bettany, Avengers 2 casting - as The Vision - the upcoming Marvel movie looks to be taking shape pretty decently. However Bettany's casting as the Vision does leave us with a few questions as to the direction Joss Whedon is taking some of our favorite comic book characters in the upcoming 'Avengers' installment. Here's a few questions we immediately needed answering when we heard the latest casting development. 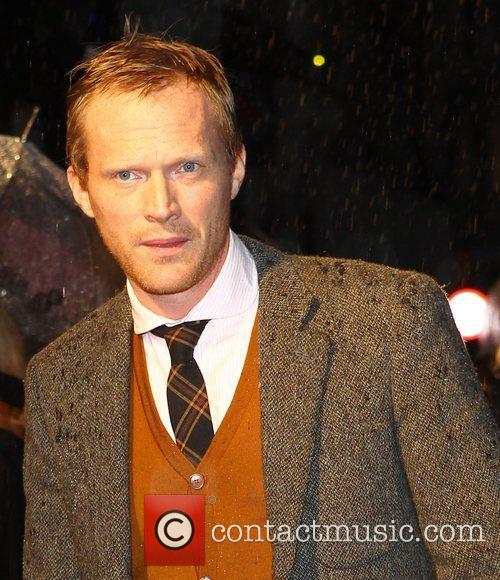 Paul Bettany has just been cast as the Vision

Who is the Vision?
In a nutshell the Vision is the creation of the villainous robot Ultron, who is made to help Ultron against his own creator Henry Pym. However, he soon turns against Ultron and becomes part of the Avengers. Appearance wise he is best known for being red and green, but reports on Bettany’s casting say that “make-up experts were using various powders and potions on Bettany’s pale skin to bring about the Vision’s chalk-white complexion,” so it's unclear wether or not he'll recieve a Whedon make-over.

Is Paul Bettany a good choice?
Yes, we think so. Bettany is already known to 'Avengers' fans as the voice of J.A.R.V.I.S, (more on that later), and has proved he's very good at being pale and scary looking (see 'The Da Vinci Code'). He's also had some good comic turns in the past and generally fits in with the current Marvel Universe casting. In general terms, Bettany is considered one of the finest and most versatile British actors around. Anyone doubting his ability should check out Master & Commander, A Beautiful Mind and the criminally underrated Margin Call.

So where does the Vision fit into what we know about ‘The Avengers: Age of Ultron’ so far?
Well this is the tricky bit. As we said above, in the comics Ultron is the creation of Henry Pym, however director Joss Whedon has decided to take a different direction for the movie. Instead it seems that Ultron might be the creation of Tony Stark, which makes more sense for where the cinematic ‘Avengers’ story is at the moment. The role of Ultron will be played by James Spader and the character is said to be much more than just a mere robot, with Spader's features being worked into the characters appearance. As for the Vision, there's no word yet on how he'll be used, however the casting of Bettany has made the internet speculate that Jarvis could become the Vision, which might make more sense. It could be that the two have no connection but Whedon is trying to reboot some of the character's origin stories and this could be a very good way of tieing up both the character of J.A.R.V.I.S. and the Vision. What can we expect next?
Well filming on 'The Avengers: Age of Ultron' is due to start very soon, with the movie set for release on May 1st 2015. Until then we can expect more rumours and specuation as well as many people on the internet trying to figure out just what Joss Whedon has in store for us next.