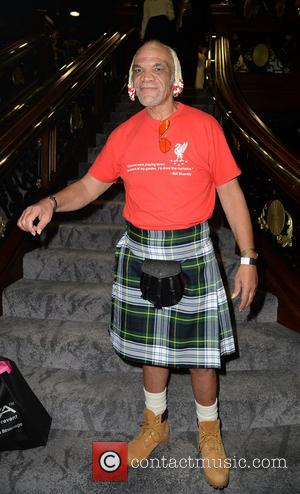 British actor Paul Barber has urged his fans to offer "encouragement and opportunity" to youngsters growing up in care, after facing prejudice during his own troubled childhood.
The Full Monty star's mother and father died when he was a child, and he spent his youth being brought up by other families in his native Liverpool, England.
Barber, who found fame playing Denzil in legendary British comedy Only Fools and Horses, admits he faced adversity growing up in care, and he's keen to highlight the issue to mark National Care Leavers Week in the U.K., which kicked off last Wednesday (26Oct11).
He says, "My teachers used to say, 'The Barber family, they've come to nothing.' Then years later I was taken round my old school and kids were saying, 'That's Denzil!' It can be done, that's what I want to tell people.
"I auditioned for a musical and it was like running away with the circus. If I hadn't gone for it I would probably still be in Toxteth, I'd probably have been in the (1981) riots (in Toxteth, Liverpool).
"Kids in care are not bad kids, they just need encouragement and opportunity."