The claims were made in an anonymous letter to Warner Bros. CEO Kevin Tsujihara which was published online, Friday.

Wonder Woman director Patty Jenkins has hit back a claims the upcoming film is a “mess”. In an anonymous letter to Warner Bros. CEO Kevin Tsujihara published by Pajiba on Friday, a former employee described the movie as ‘another mess’ for the studio, while also hitting out at Batman v Superman: Dawn of Justice director Zack Snyder. 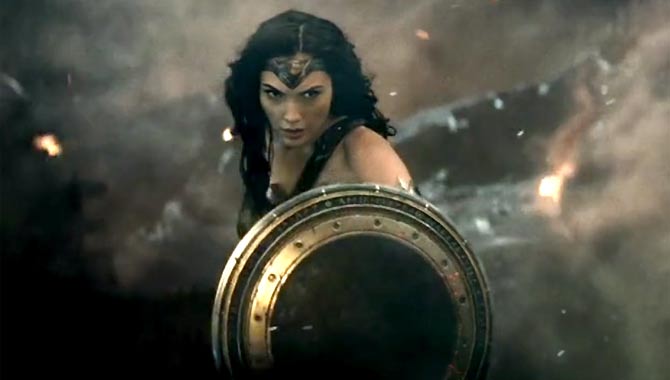 “What are you even doing? I wish to God you were forced to live out of a car until you made a #1 movie of the year. Maybe Wonder Woman wouldn't be such a mess,” the anonymous letter read.

“Don't try to hide behind the great trailer. People inside are already confirming it's another mess. It is almost impressive how you keep rewarding the same producers and executives for making the same mistakes, over and over.”

But on Twitter director Patty Jenkins rubbished claims that there was any trouble with the movie. "Woah, just saw this press about WW having problems. Are they serious? This is some made up bs right here. Made up! Produce a source, anyone," she tweeted.

"You can’t because it’s entirely false. Don’t believe the hype people. Someone’s trying to spread some serious misinfo. Isn’t until you are intimately involved in these things that you realize how totally false these rumors can. Let me reassure you…”

“Zero about the movie we are making has been called a mess by anyone in the know. Fact. Real lasso of truth, time, will reveal that letter to be false soon enough. But lame something so transparent in its agenda gets traction.”

The letter also referenced the poor response to Batman v Superman, blaming director Zack Snyder for the film’s problems. “Zack Snyder is not delivering. Is he being punished? Assistants who were doing fantastic work certainly were,” it reads.

“They had no say in a movie called Batman V Superman only having 8 minutes of Batman fighting Superman in it, that ends because their moms have the same name. Snyder is a producer on every DC movie. He is still directing Justice League. He is being rewarded with more opportunity to get more people laid off.”

The letter came after the poor critical response to supervillain movie Suicide Squad, released last week, which still managed to draw at the box office. Wonder Woman will hit theatres in June 2017, with Gal Gadot in the title role.