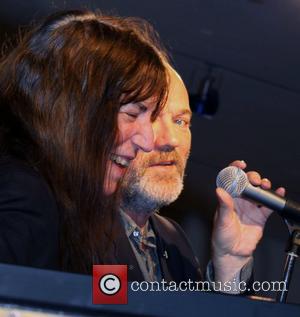 Punk veteran Patti Smith has dedicated a track on her new album to tragic singer Amy Winehouse.
The Because the Night hitmaker penned a poem to Winehouse following the British star's death in July last year (11), and while working on songs for her upcoming record she decided to set the words to music.
Smith tells Uncut magazine, "We wrote a very nice little song for Amy Winehouse and I think a beautiful song for Maria Schneider, the actress who was a friend of mine in the '70s. They just happened, like gifts.
"The little song for Amy just blossomed in the studio. We were at (New York recording studio) Electric Lady doing a whole other song and I wrote Amy a little poem when she died and my bass player, Tony Shanahan, wrote a piece of music and the two matched perfectly."