Patti Labelle Is Teaming Up With The American Lung Association To Raise Awareness About Lung Cancer After Losing Two Of Her Sisters To The Disease. 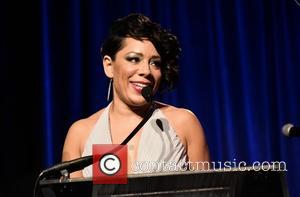 The soul icon is fronting the organisation's new Lung Force initiative to help educate people about the illness during November (15), Lung Cancer Awareness Month, and she is encouraging fans to wear the campaign's official colour of turquoise to show their support.

The Lady Marmalade star reveals she signed up for the campaign to honour her siblings Vivienne and Jackie, who both succumbed to the illness at the height of the superstar's career in the 1970s, when they were in their early 40s.

"I'm so happy to be here, but not happy happy, because I've lost so many family and friends to lung cancer...," she said as she promoted the new partnership on U.S. breakfast show Today on Wednesday (04Nov15).

"Lung cancer is the number one (cancer) killer of women, more so than breast, colon, pancreatic cancer combined, and one woman every eight minutes, in the U.S., dies of lung cancer."

Patti, who lost a third sister to colon cancer, reveals that although Vivienne and Jackie were both smokers, puffing on cigarettes is not the only way to develop the disease.

"You don't (just) get it from smoking, you can get (lung cancer from) second-hand or third-hand smoking," she explained. "You can get it from inhaling (smoke from) ribs when you cook 'em on the grill. My daughter-in-law's grandmother died at 80 of lung cancer..., baking all that (traditional) bread, inhaling all those fumes, so it's all kinds of ways that you can get lung cancer..."

The singer admits she is surprised more isn't being done to inform people about the condition, so she is determined to use her voice to spread the word and raise funds for lung cancer research.

"Nobody's speaking on it," she continued. "It's a sad thing that a celebrity has to speak about something that's important (to draw attention to it), but I'm Patti, and I can get a few people to listen. (It's a cause) close to my heart..."