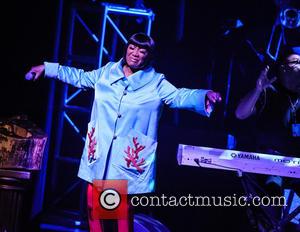 R&B icon Patti Labelle is preparing to head out on a new reunion tour with her Labelle bandmates to celebrate the 40th anniversary of their hit song Lady Marmalade.

The legendary singer last teamed up with Sarah Dash and Nona Hendryx for a series of live shows in 2009, following the 2008 release of their first full-length album in 32 years, Back to Now, and on Thursday (20Feb14) she announced plans for another get-together.

Speaking on U.S. talk show Watch What Happens Live, she says, "Forty years ago was the date of (the release of) Lady Marmalade. Forty years ago we did that song, and we plan to tour again this year."

The saucy smash, which was covered by Christina Aguilera, Pink, Mya and Lil' Kim in 2001, hit the top of the U.S. Billboard Hot 100 chart upon its release in August, 1974 and was inducted into the Grammy Hall of Fame in 2003.

LaBelle split in 1977 to pursue solo careers, but they continued working together off and on, and officially reunited the band in 2005.