Stewart, who experienced war-time Britain as a child, urged people to vote to remain in the European Union when the referendum takes place on June 23.

Patrick Stewart has penned an emotive letter arguing for Britain to remain within the European Union ahead of the referendum later this month.

Writing in The Guardian on Thursday (June 2nd), precisely three weeks before the nation goes to the polls on June 23rd, the stage and film legend argued that many who are campaigned for so-called ‘Brexit’ should remember how the European Union came to be in the first place – as a way to heal Europe after two world wars. 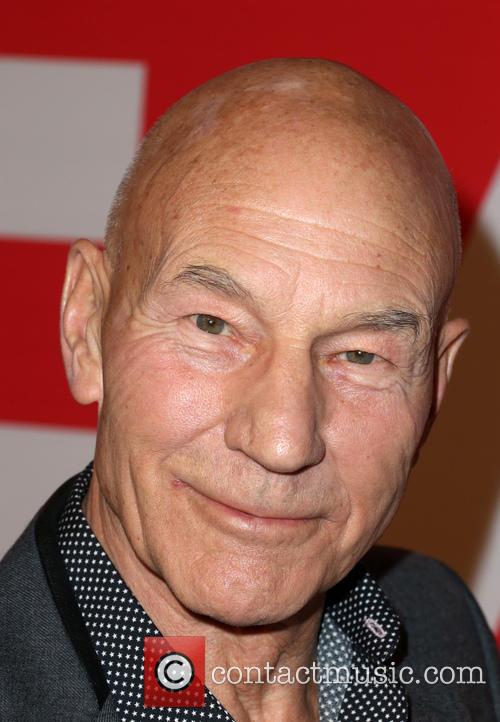 Patrick Stewart argued for Britain to remain in the E.U. in an article in The Guardian

“It is the biggest political decision of our generation, and it is our children and our grandchildren who will live with the consequences,” he wrote. “Though I am convinced that the stay vote will win the day, nevertheless the fact that so many fellow British citizens want to leave Europe is shocking. Standing alone was how we were in 1940.”

“Why campaign to put us back there? I do not understand this thirst for isolationism. The most potent arguments, politically, economically, socially, urge us to remain. Let this just be a passing insecurity, and let us once more embrace reality, philosophy, common sense and hope for our country.”

“For the first time I became aware of my country as a place hoping to share its future with others all around the world. Yes, millions had died but the hope now was that never again could a war like that be repeated… …when the European Union came into existence and the UK became a member, it was for me a triumph of all those convictions that the future must be one of worldwide cooperation and unity, and here we were paving the way with the beginnings of collaboration across Europe and learning the lessons of our own history.”

Stewart’s article comes a couple of weeks after nearly 300 celebrities and figures from the entertainment industry signed a letter published in The Telegraph arguing the case for Britain remaining in the E.U. However, it was rubbished as a ‘luvvies’ letter’ by Leave campaigners.

The 75 year old actor, who was born in Mirfield in Yorkshire in 1940 and raised in Jarrow, continued in his piece: “In a little over a month’s time, all that will be at the mercy of the ballot box. For those of us who identify as Labour, we need only look to the back of our party membership cards, which carry the line: ‘By the strength of our common endeavour we achieve more than we achieve alone.’ Ultimately, this is the decision we face. Do we wish to stick with our allies, our neighbours and remain in Europe, or do we wish to leave?”