Patrick Stewart is returning to his first regular role on TV since ‘Star Trek: The Next Generation’ as British newsman Walter Blunt in Starz’ “Blunt Talk”, which will be produced by Family Guy creator, Seth Macfarlane. 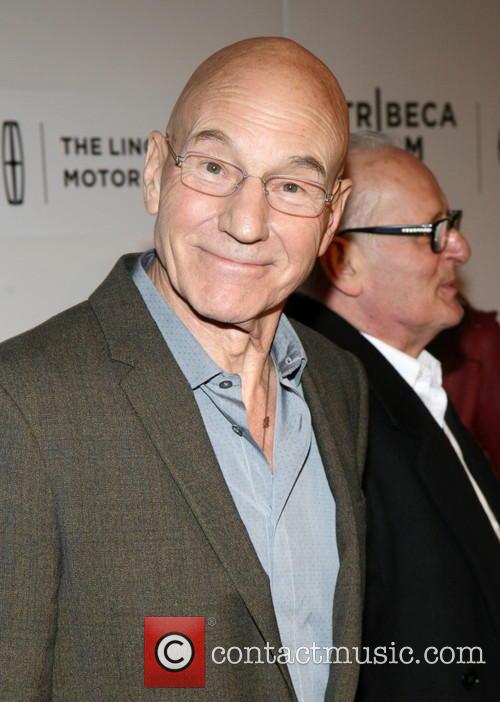 The new show, written and produced by the creator of HBO comedy, ‘Bored to Death’, sees Blunt host an interview show, sharing his seldom-requested guidance while dealing with a dysfunctional news staff, numerous ex-wives, children and an alcoholic assistant, according to The BBC.

MacFarlane described Sir Patrick as "one of the greatest actors alive today". Writer Jonathan Ames said it had "been a delight" to work with both Sir Patrick and MacFarlane, but it wasn’t without its hurdles. "The only problem is that sometimes on conference calls Seth will uncannily recreate Patrick's voice, and I'm not sure who's talking, but other than that it's been smooth sailing," he said.

"My career took an abrupt and radical left turn when Seth MacFarlane created CIA deputy director Avery Bullock on American Dad," said Sir Patrick. "This new character, Walter Blunt, is not at all like Avery, thank God, because this is live action and I am a Knight of the Realm. Blunt is, however, much smarter than Avery and has his own TV show, which has to be better than being deputy director of the CIA."

We’ll next see Stewart on the big screen when he reprises his role as Professor X in the upcoming X-Men sequel, ‘Days of Future Past’. The plot sees James McAvoy play a younger Prof. X as Wolverine is sent to the past to stop a war that will occur in the future. It will be out on May 23 in The U.S, and May 22 in The U.K.

Watch Stewart in the trailer for X-Men: Days of Future Past