British Actor Patrick Macnee Has Died At The Age Of 93.

The Avengers star passed away in California on Thursday (25Jun15).

A statement on his website reads: "Daniel Patrick Macnee died a natural death at his home in Rancho Mirage, California, at age 93, with his family at his bedside... Wherever he went, he left behind a trove of memories. Patrick MACnee was a popular figure in the television industry. He was at home wherever in the world he found himself. He had a knack for making friends, and keeping them."

MACnee was best known for his role as John Steed in The Avengers TV series from 1961 to 1969.

He later reprised the role in 1976 for The New Avengers show and voiced the character of Invisible Jones in the 1998 film starring Ralph Fiennes and Uma Thurman.

He also appeared in several TV shows and movies including Battlestar Galactica, This is Spinal Tap, Alfred Hitchcock Presents, A View to a Kill and Magnum, P.I.

MACnee was also one of the few actors to play both Sherlock Holmes and Doctor Watson onscreen.

In addition to his onscreen work, MACnee also performed on Broadway in 1972's Sleuth. 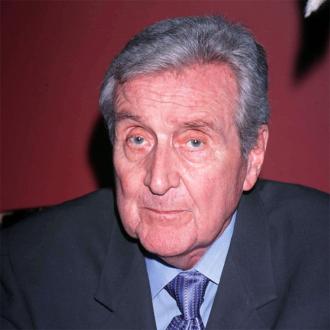